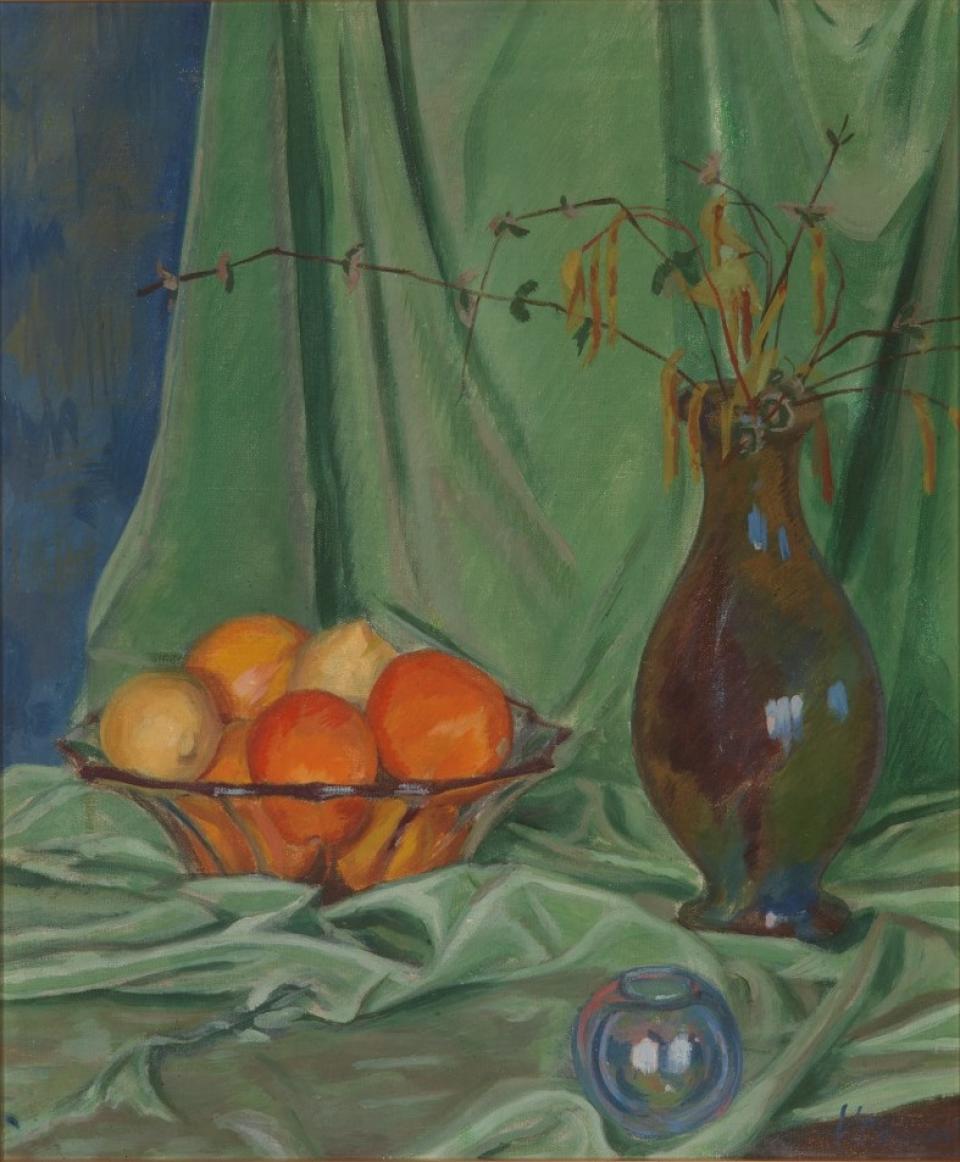 Born on 1 September 1889 in Vilnius, died on 7 October 1942 in Kaunas. In 1907–1908, he attended the Vilnius Drawing School. In 1917, he finished the Baron Stieglitz Central Technical Drawing School in St. Petersburg, from 1917 to 1818, studied painting at the St. Petersburg Academy of Arts, and in 1922, improved his skills in Leipzig and Berlin. From 1922 to 1940, he taught at the Kaunas Art School, and from 1931 was the head of its Decorative Painting Studio. He created some set designs for Vitebsk and Kaunas theatres, but mainly worked in the field of painting. Didžiokas painted portraits, figurative compositions, landscapes and still lifes. His early paintings are realistic, and later the artist tended to more generalized forms and postimpressionistic style. He created linocuts, lithographs and etchings, took part in the activity of the Lithuanian Art Creators’ Society and Lithuanian Artists’ Society, and published some articles about art.

V. Didžiokas devoted much of his time to scenography. After he finished studies of ornamental painting, he worked from 1918 as a theatre scenographer and taught stage setting art at the Kaunas School of Art. His legacy is not numerous and varies in artistic value. After finishing his studies in St. Petersburg (A. Stieglitz’s School of Drawing and the Academy of Art), he was drawn towards academic art. During 1922–1923, after half a year of training in Berlin and at the studio of Latvian artist J. Walter-Kurau, he became a follower of post-impressionism and his paintings became more ornamental, clear and colourful. Nature in his landscapes was interpreted more freely than in portraits.