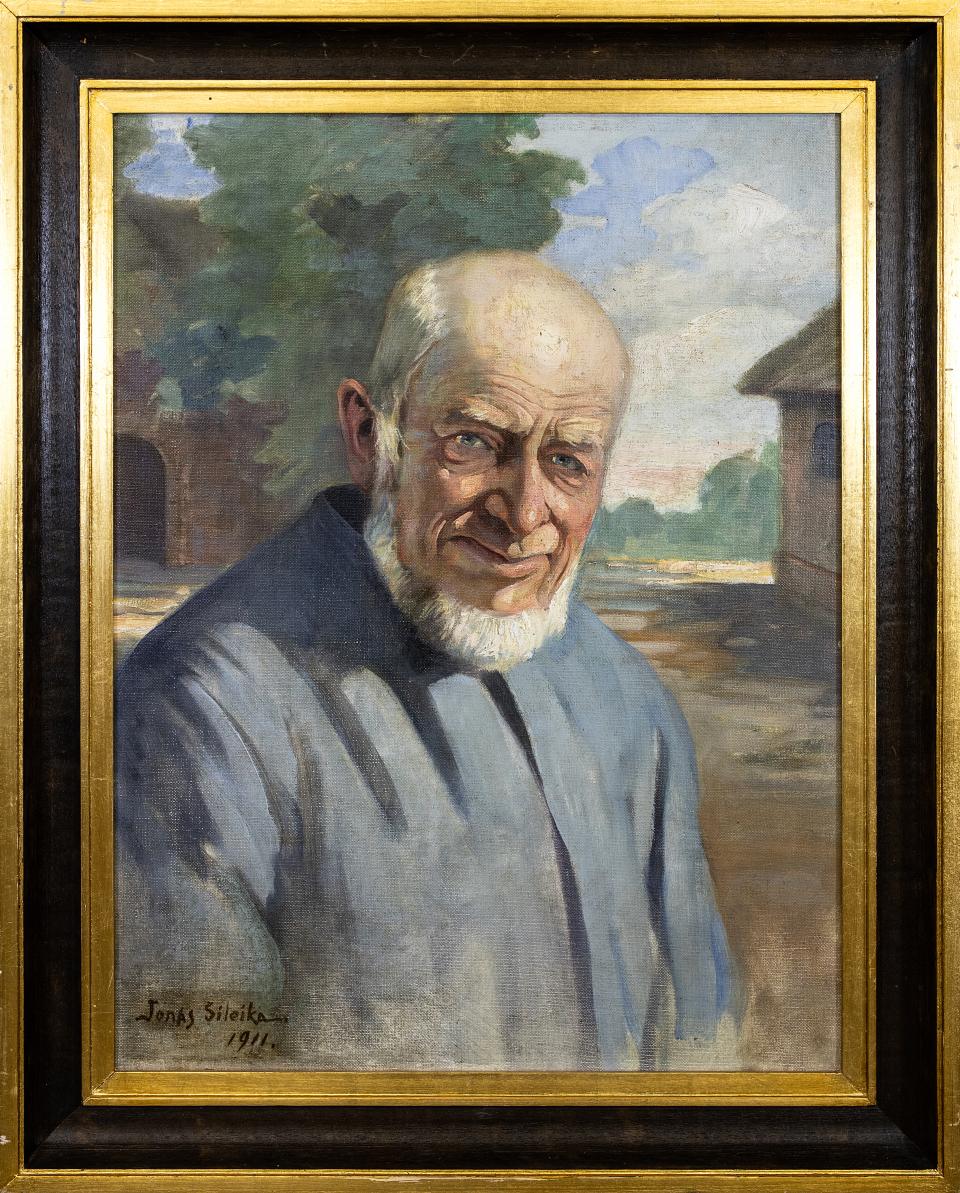 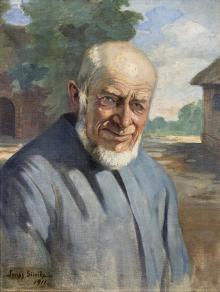 Portrait of an Old Bavarian

Was displayed at the 6th Lithuanian Art Exhibition in 1912.

Jonas Šileika (1883–1960) was a participant in the first Lithuanian art shows in Vilnius and became part of the predawn artistic culture since the third show of Lithuanian art in 1907. The sixth show of Lithuanian art (1912) featured his The Portrait of an Old Bavarian (catalogue entry: The Portrait of a Bavarian Grandfather), a valuable example of the painter’s early work, showcasing his good professional fundamentals and the budding key characteristics of his creative work: the clear-cut artistic form, the decorative manner of painting, the bright atmosphere, the spot-on characteristics of the subject. Especially given that Šileika was not a prolific painter, and most of his work from this period kept in temporary storage in Munich vanished during World War I. The Portrait of an Old Bavarian follows the classical composition: the person is portrayed from the waist up, facing forward. The natural posture and the open look creates the image of an intimate interaction with the viewer, which is reinforced further by the natural surroundings. The portrait stands out in its light palette of colours, moderately simplified manner of painting, the plastic modelling of the face that really comes to life and is done by contrasting natural light and shadows. The sunny summer landscape, which became an inherent part of Šileika’s work in his later period, further infuses the emotional state of the elderly Bavarian with his bright face. During his Lithuanian period, the painter went for Lithuanian landscapes, while in this case, the picture shows a landscape in south-eastern Germany with the characteristic architecture of the region. The portrait exudes the typical features of the artist’s style and it is only the chambered character of the portrait that gives it away as an early-period Šileika. The portrait is also relevant as an example of the proliferation of the principles of the Munich Academy of Arts in Lithuanian soil. At the time when Western Europe was predominantly impressionist, the teachers at the Munich Academy of Arts demanded precision, clear composition, decorative paintwork, subdued colour patterns in their students’ work. These attributes also matched Šileika’s moderate and calm nature and became evident in his early work already – in his The Portrait of the Old Bavarian, to be more specific – and only changed little later on. Art critic Jonas Umbrasas has once said he was sorry that we only get to know Šileika’s early work from pictures and fragmented art show reviews (Lietuvių tapybos raida 1900–1940: srovės ir tendencijos (The Development of Lithuanian Painting in 1990 – 1940: Trends and Tendencies), Vilnius: Mokslas, 1987, p. 31–32). So now we have a chance to add a rare piece of work from Šileika’s early period to the heritage of Lithuanian art  (Dr. Lijana Natalevičienė).