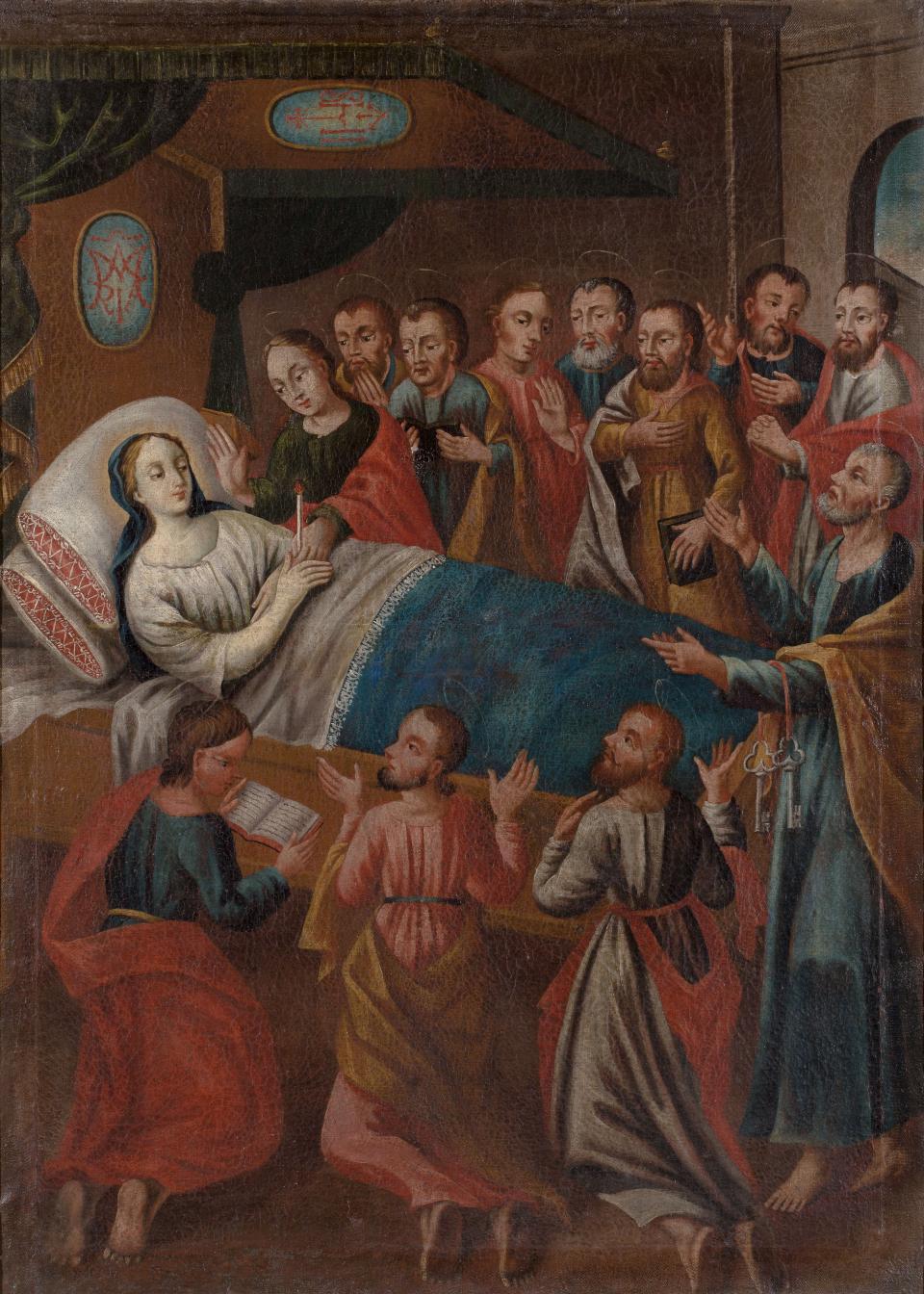 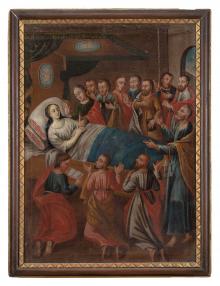 The Dormition of the Mother of God

Created:  second half of XVII century.

This work of art merits attention owing to its very rare and fascinating iconography. The dormition of the Mother of God surrounded by apostles is commonplace in the art of the Eastern Christian Churches; however, the Catholics tend to portray the Assumption, rather than the death, of St Virgin Mary. As such, this painting offers a reflection of a thought-provoking link between the Eastern and Western artistic tradition and is most likely to have been done amidst the setting of the Uniates of the Grand Duchy of Lithuania and the Catholics of the Byzantine Rite.