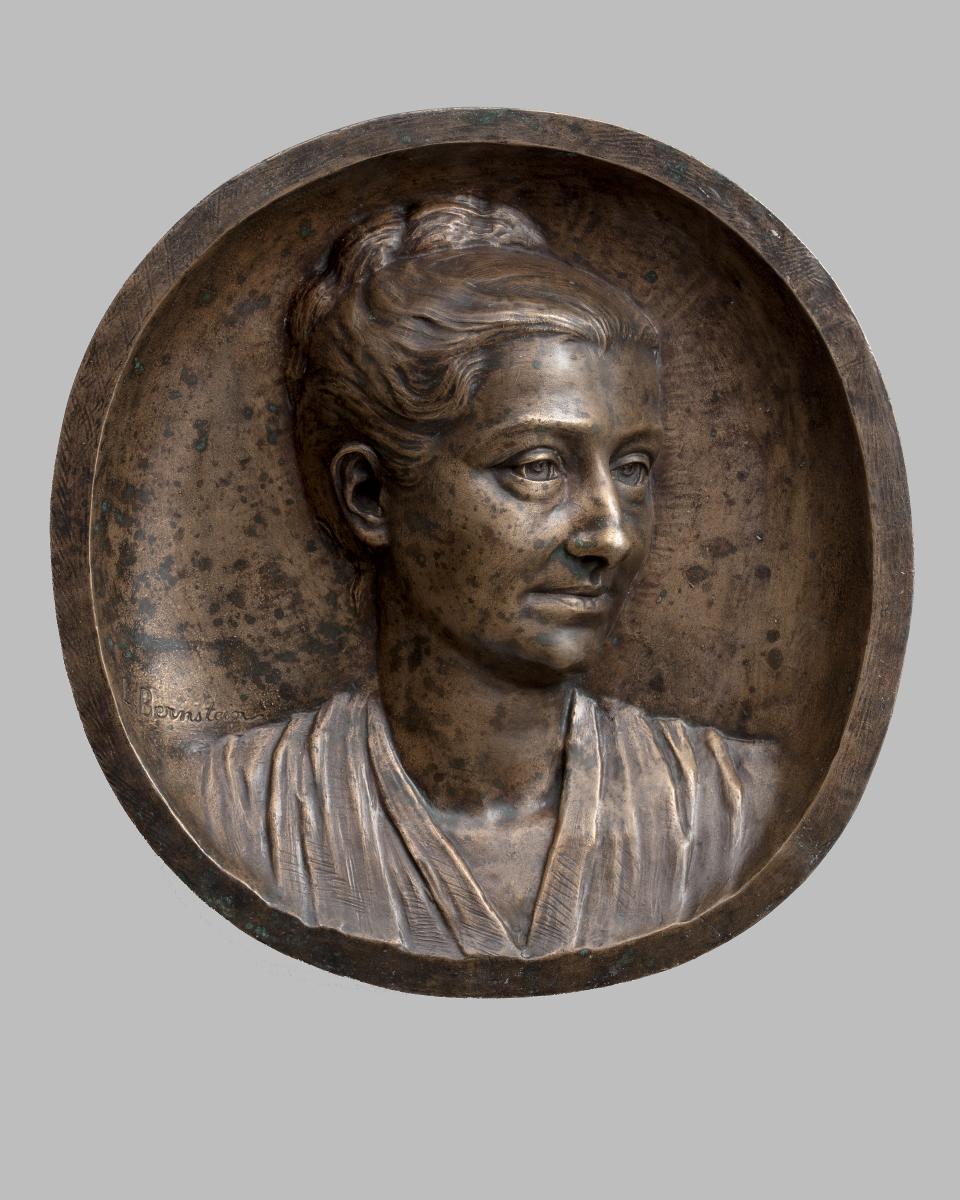 Portrait of a woman

Leopold Bernstein-Sinaeff, who was born in Vilnius, created many works of sculpture and graphic art that remain largely unknown to modern art lovers. A few surviving artworks and scarce biographical facts is all we have to grasp the nature of his art.

At the young age of fourteen, Bernstein-Sinaeff left for Paris; he might have learned the basics of drawing in Vilnius Drawing School before leaving. In Paris, he studied sculpture with the help of Aimé-Jules Dalou, an artist famous for his monuments and decorative sculptures, and assisted Auguste Rodin in his workshop. Later Bernstein-Sinaeff founded his own sculpture study and took on students, but never returned to Lithuania.

Bernstein-Sinaeff made bronze and marble busts of the famous, genre and symbolist sculptures, and monuments. His works were displayed in the salons of Paris as early as 1890. In 1900, he was awarded a gold medal for his works in the World Fair, and in 1901, received the Legion of Honour. In 1900, he visited Russia, where he met Lev Tolstoy; later, he created Tolstoy’s medal. While in Moscow, Bernstein-Sinaeff made bas relief friezes depicting a procession of Russian artists and writers marching to the god Apollo, and sketches for the façade of the modern day Pushkin Museum of Fine Arts. His project was never realized, but the sketches were used to create mouldings for a private rented home in Plotnikov Lane. Bernstein-Sinaeff also competed for the offer to create a monument for Emperor Alexander II. The artist’s close ties to Russia often led to him being classified as a Russian sculptor. Back in Paris, Bernstein-Sinaeff spent a decade working on a symbolist sculpture Youth and Old Age, which was destroyed by German invaders. In 1944, Bernstein-Sinaeff was sent to the Dransy internment camp and later transferred to Auschwitz, where he died soon after. Individual works by Bernstein-Sinaeff can be found in only a handful of museums, including the State Russian Museum in Saint Petersburg.

The concave sphere with a deep bas relief depicting an unknown middle aged woman is the only work by Bernstein-Sinaeff in Lithuania. The bust adheres to the principles of realist modelling, at the same time revealing the emotional state of the woman, showing her with a light smile on her face. The style of the bas relief suggests it was created at the end of the 19th century (Dr. Jolanta Širkaitė).