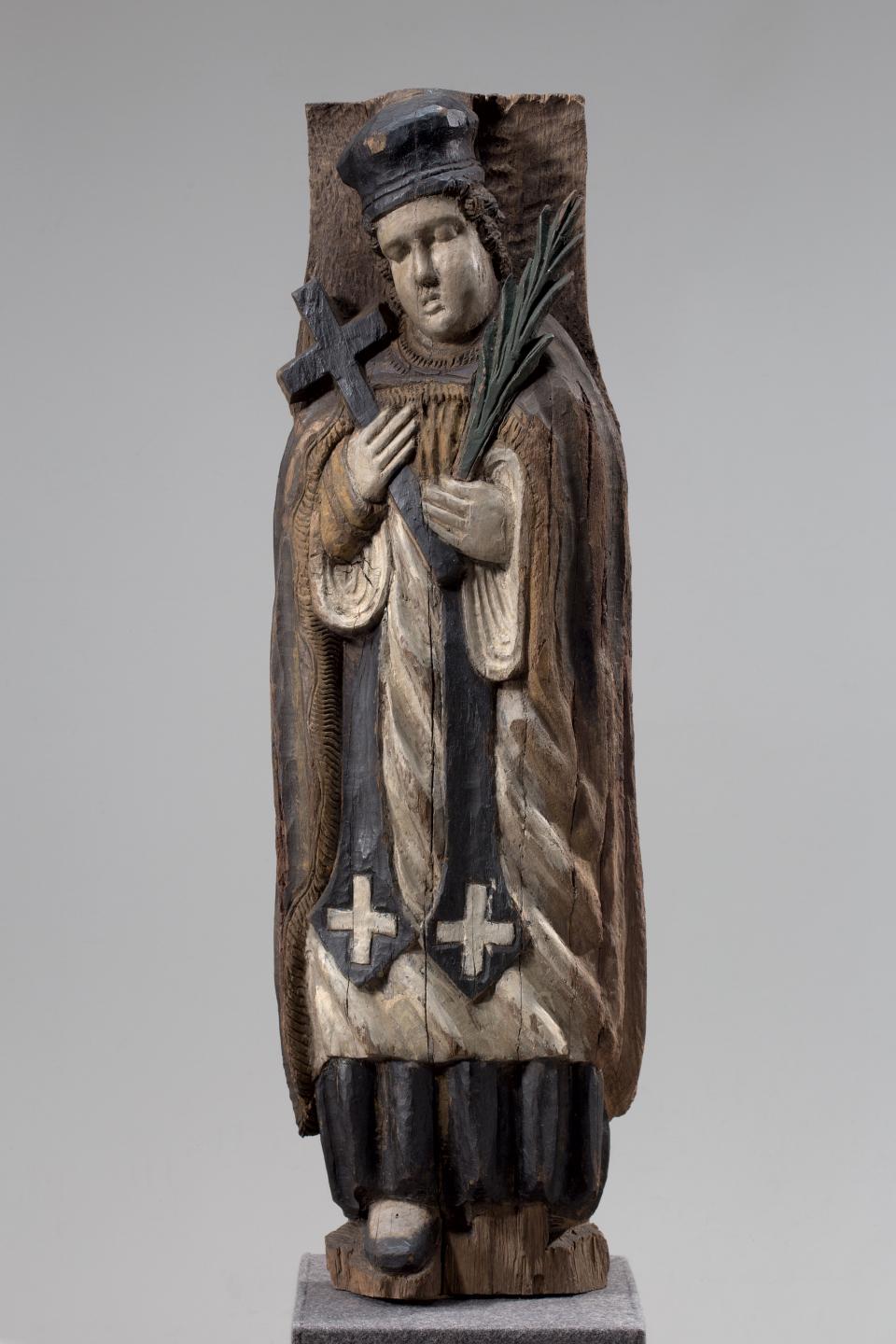 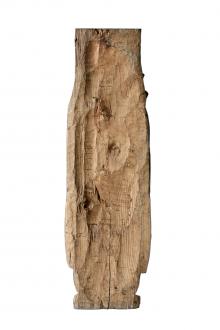 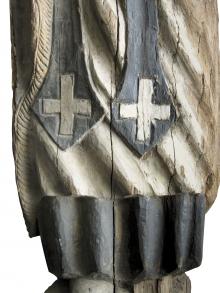 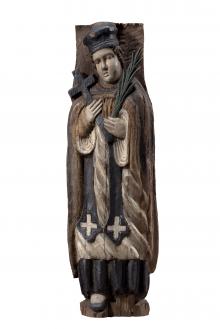 St John Nepomucene was a Czech priest and saint (c. 1340–1393) born in the small town of Nepomuk in Bohemia. He was the canon of St Vitus Cathedral in Prague, general vicar of the archdiocese, and the confessor of the wife of King Wenceslaus IV. He was thrown into the river from the Charles Bridge in Prague because he refused to disclose the Queen’s confession to the King.

The saint is depicted dressed in priest’s clothes, wearing a biretta, holding a cross in his right hand and a palm branch, the symbol of martyrdom, in his left hand. A halo of five stars adorns his head commemorating the stars that, according to the legend, hovered at the place where St John drowned.

At the sign from the King, soldiers grabbed St John and threw him into prison. When night came, they took him to the bridge and pushed him into the River Vltava. When pushing him they badly hurt his head and shoulder. So St John the martyr drowned. /.../

The following morning, prelates, canons, priests, monks and many people gathered. They went to the river, pulled his holy body out of the river, and took it with glory to the church. After the required prayers were said, they wanted to bury him in a suitable place, but the King prohibited it and he was buried secretly in an unknown location. People however sensed where he was buried and frequented the place.

After King Wenceslaus and his wife died, the priests moved the holy body to a good coffin produced at the cathedral church and wrote on the coffin: ‘Here lies the famous John of Nepomuk, the canon of the Prague Church, the confessor of Queen Joanna, who was forcefully drowned in the River Vltava on the order of King Wenceslaus in the year 1383, because he refused to disclose things he had heard during a confession.’ (Motiejus Valančius, „Žyvatai šventųjų“, Raštai 2, 2006, p. 133–139)