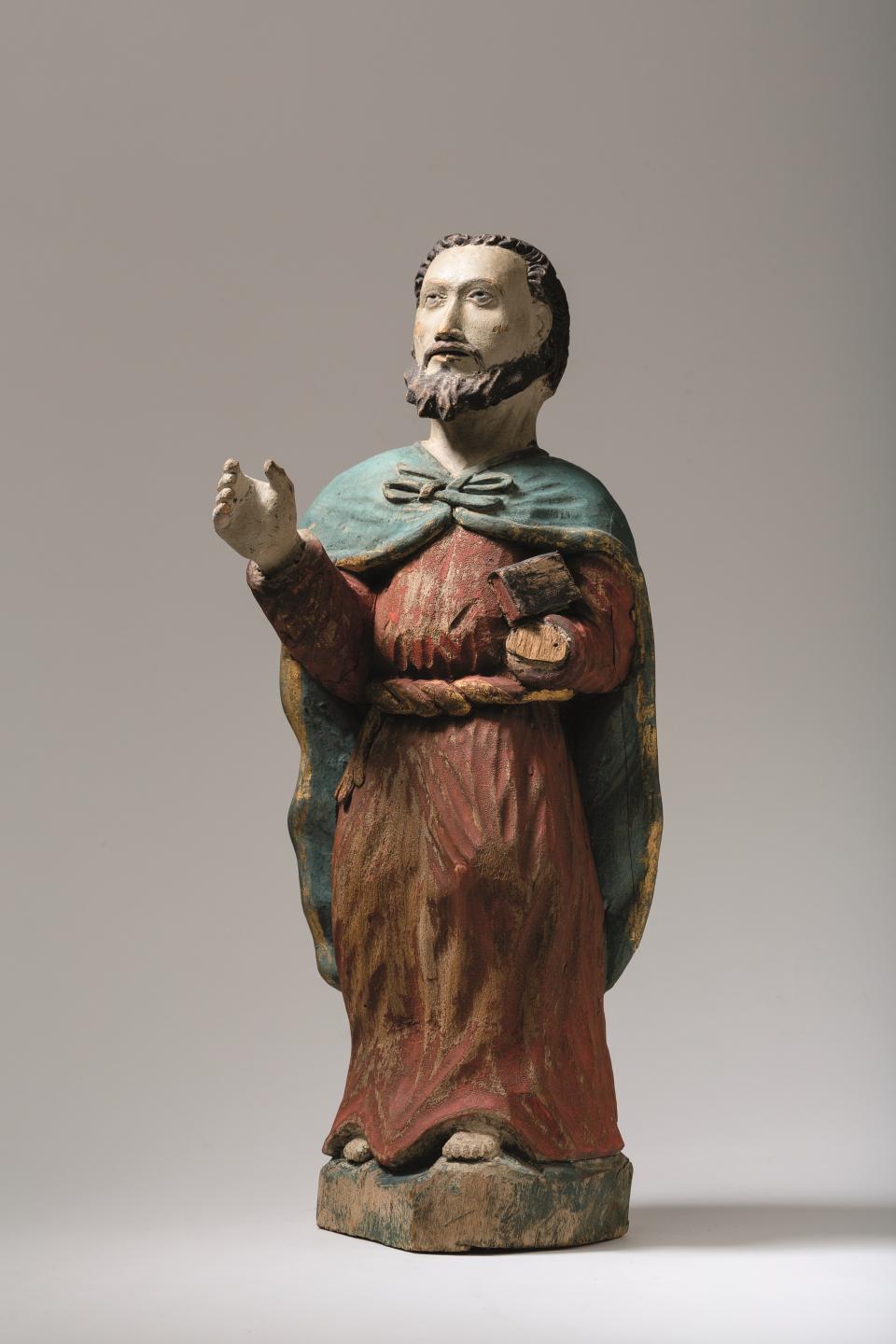 St Paul (?–67) is a holy apostle, who converted to Christianity after Christ’s death. He was born into a noble family of Jewish traders in Tarsus. He received the Latin name Paul and the Jewish name Saul. From his youth he read a lot, he also learned Greek, read Hellenic literature, and learned to weave. He was sent to a rabbi school in Jerusalem and became a diligent Pharisee. He persecuted Christians furiously until he had an apparition of Jesus Christ; then he converted and started preaching the Gospel. After becoming one of the most active preachers of Christianity, he travelled to Macedonia, Greece, and Syria. St Paul is depicted with a book in one hand and a dagger in the other symbolising the tool with which he was executed.

St Paul wrote fourteen letters addressed to Catholics living in various locations. All the letters are part of the Holy Bible, so sometimes priests quote St Paul’s words in their sermons. In one of his letters he tells what he had to go through because of Christ.