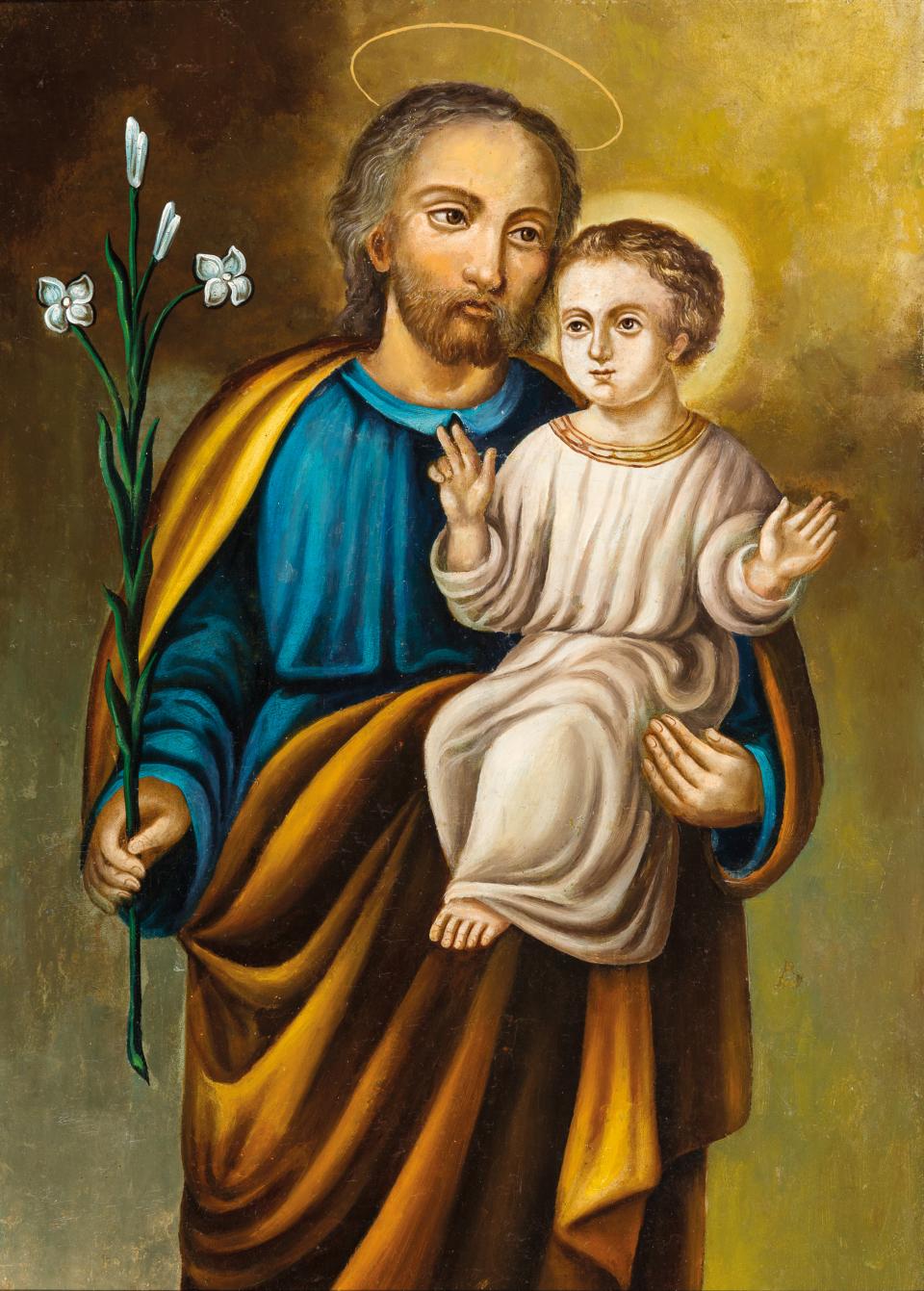 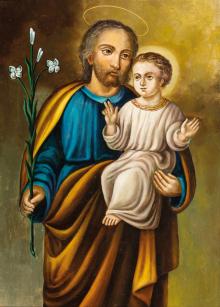 St Joseph is the husband of the Blessed Virgin Mary and a step-father of Jesus Christ. He was a descendant of a rich and powerful family of David and lived in Nazareth. He was a very chaste and spiritual man. His attribute is a lily symbolising chastity. He is often depicted with the Infant Jesus in his arms and sometimes with a blooming stick, which was a heavenly sign to become betrothed to the Blessed Virgin Mary. St Joseph is the patron of the family and children, a defender of orphans, and also the patron of the church and workers.

Being a craftsman, St Joseph in his youth spread the name about his ancestors not through status and riches, but through a graceful, honest and really saintly life. Because he was not rich he did not get married until his old age, because it was necessary for the guardian of the Son of God to remain chaste. /.../ After his betrothal he lived with his woman chastely as a brother and a sister.

This was a great saint indeed, whom the Lord made into a friend of the Holy Mother, a great saint who was allowed to be called the father of the Lord’s Son. (Motiejus Valančius, „Žyvatai šventųjų“, Raštai 2, 2006, p. 151–155)