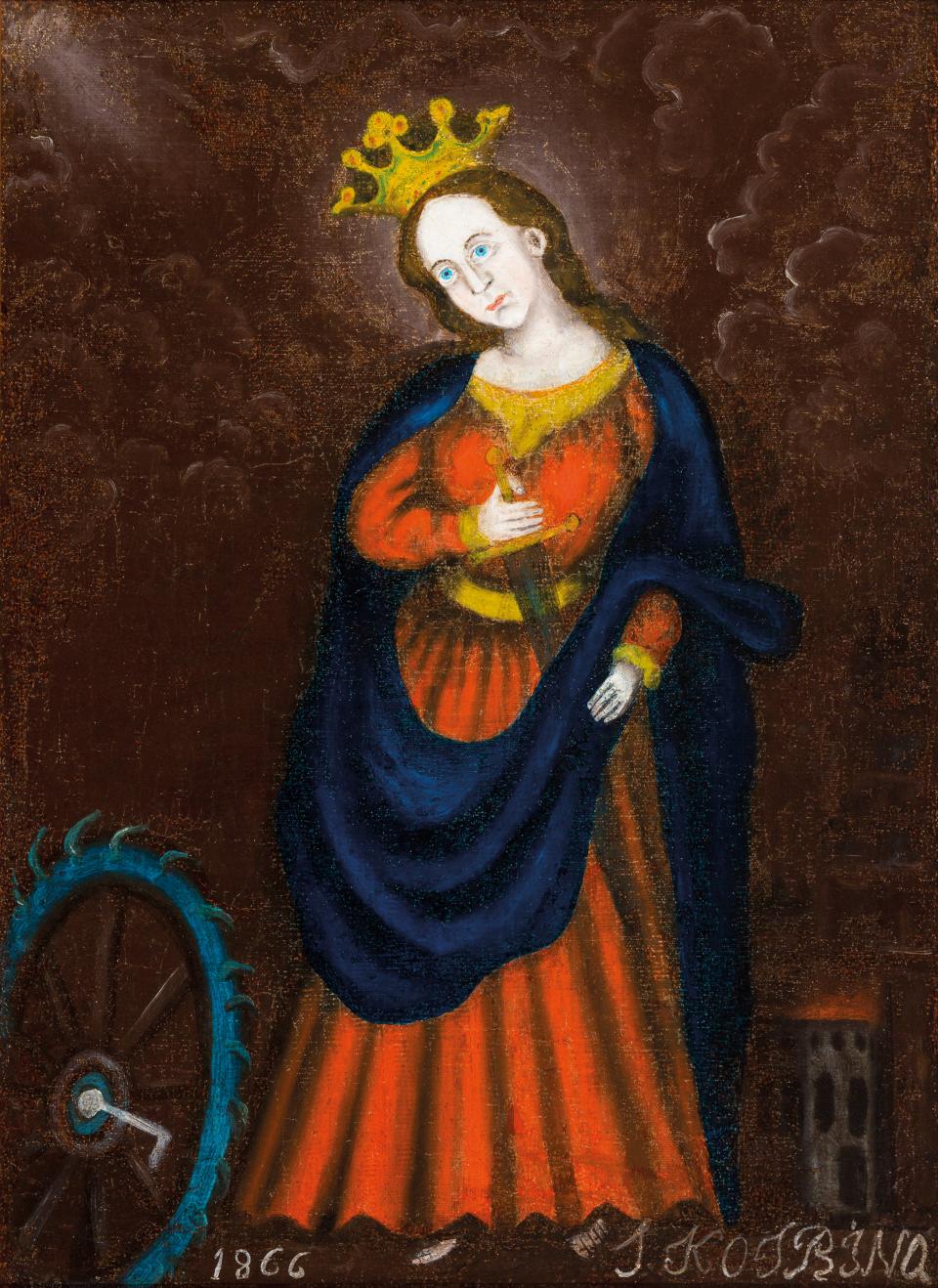 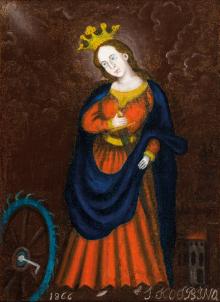 St Catherine of Alexandria is one of the most prominent early Christian martyrs. She was born and lived in Alexandria sometime between the late second and early fourth century. The former only daughter of the King of Cyprus was gifted with wisdom, a strong will, eloquence and courage. She acquired an excellent education in theology and philosophy, and knew many languages. She read Greek literature and philosophy. At the age of 18, she was horrified by the persecution of Christians and condemned the atrocities under Emperor Maxentius. The emperor summoned her to a dispute with the most famous Roman philosophers, which Catherine not only challenged, but also motivated them to convert to Christianity. The emperor imprisoned her and she was subject to torture by tearing her body with a wheel full of metal spikes. When the wheel fell into pieces after her touch, the emperor ordered that she be beheaded.

There are several legends about Catherine’s betrothal to the Lord Jesus Christ and apparitions. The instrument of her torture – the spiked wheel – is the usual way of depicting this saint. Other attributes are a palm branch (martyrdom) and a crown (royal origin).

Caesar could do nothing to St Catherine, so he decided to try her. He asked her kindly, ‘Do you know you are very beautiful, I like you very much, so I will leave my Augusta and marry you instead, just could you please worship our gods.’ The saint replied, ‘I will not do it, I will not forsake my faith for Caesar’s throne.’ To which Maxentius replied, ‘If so, I will be forced to scourge and tear this beautiful body of yours. St Catherine said, ‘Do whatever you wish. The beauty of my body is not given for long, I will die and it will rot and turn into soil from which it had come.’

Then Caesar ordered that she be stripped naked and scourged for two hours. While the executioners flogged her, her body turned blue, her blood was pouring all over her, pagans wept watching her, but she did not shed a tear or say a word. Two hours later, Caesar ordered that this saint girl be taken to prison and starved her for twelve days. (Motiejus Valančius, „Žyvatai šventųjų“, Raštai 2, p. 171–177)