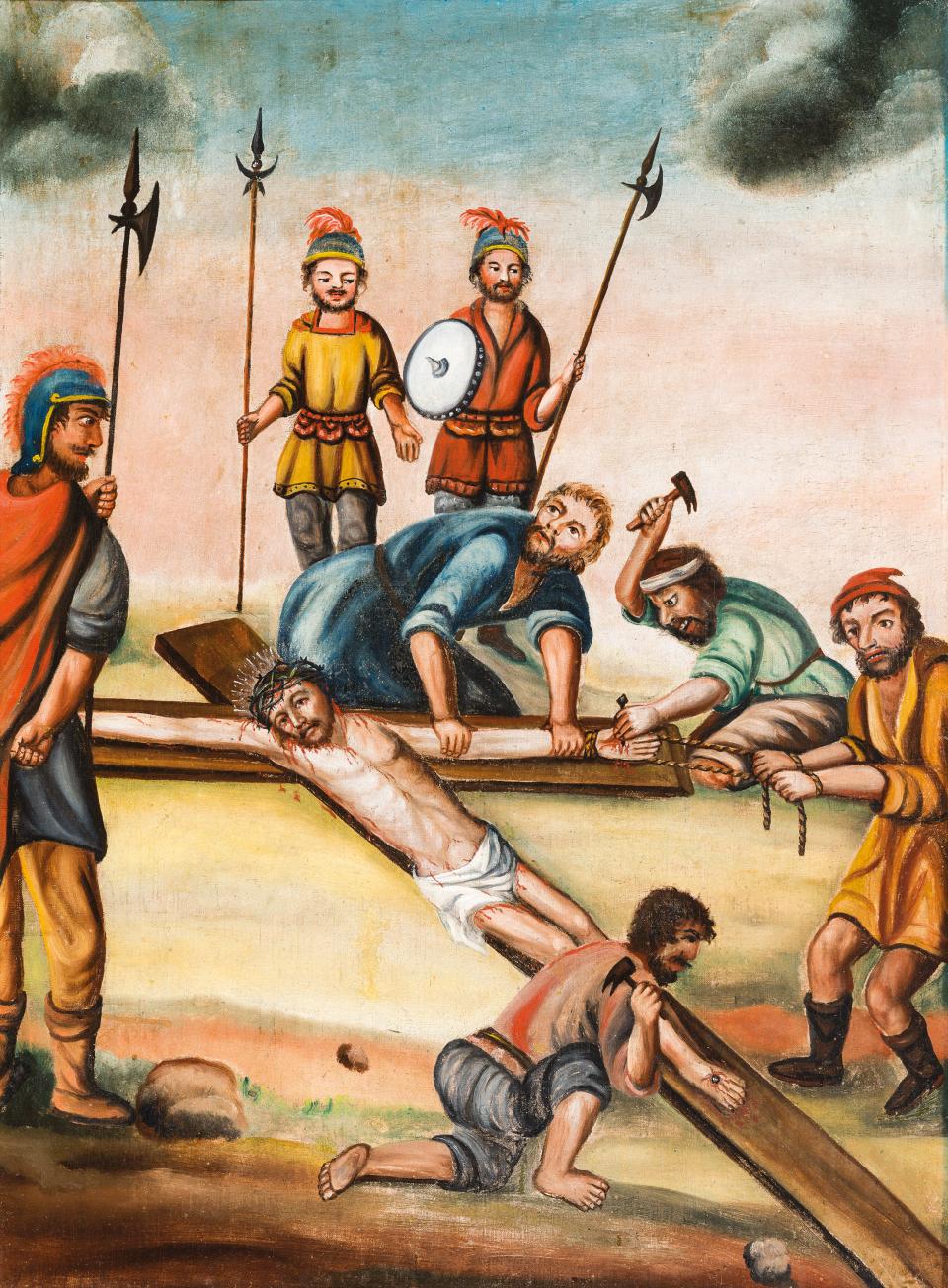 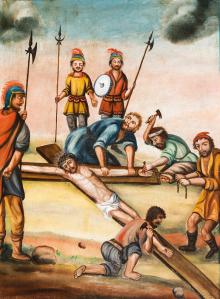 The Crucifixion of Jesus is the Eleventh Station of the Way of the Cross which depicts Jesus Christ being nailed to the cross. Executioners of the Roman Governor crucify Jesus who was stripped naked except for a loincloth by nailing his hands and legs to the cross. Pilate wrote over the head of Jesus Christ on the cross: Jesus of Nazareth, the King of the Jews (abbreviated INRI). This subject is considered the most important symbol of Christianity.

Crucifixion was the worst and most painful punishment. The crucified man had his arms stretched and raised upwards; the weight of the body was pulling and breaking the arms from the shoulders. The entire body was hanging on the nails and the slightest movement made bigger holes on the hands and feet and caused greater pain. Nails pierced through the hands and feet damaged many veins, which were burning and carried pain across the body. The blood of the stretched crucified man did not run properly and made pain in the head and liver overwhelming. (Motiejus Valančius, „Žyvatas Jėzaus Kristaus Viešpaties mūsų“, Raštai 3, p. 511–513)