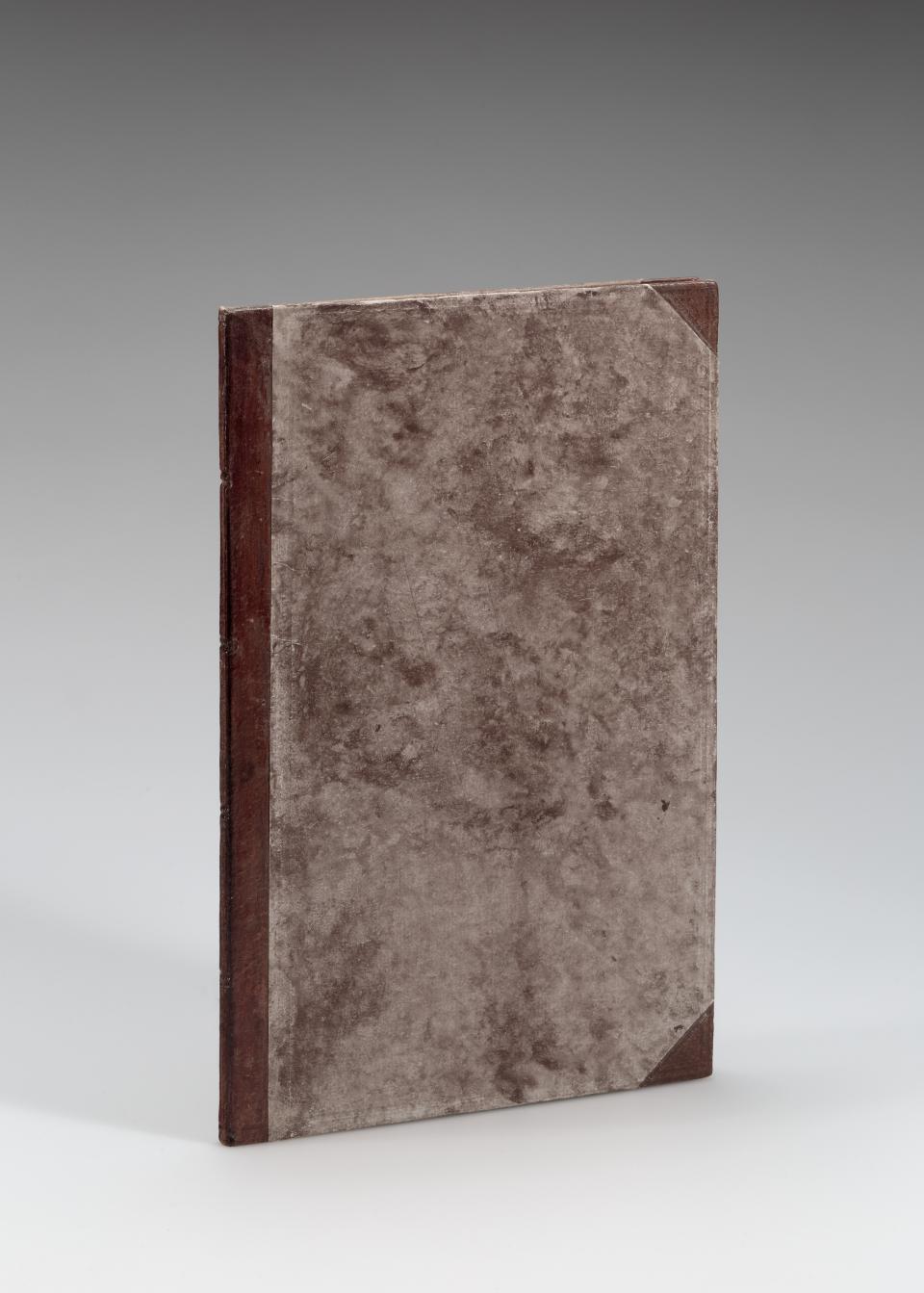 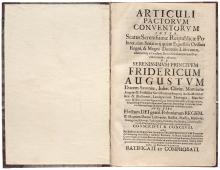 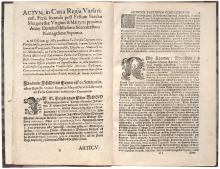 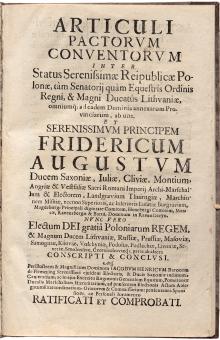 Title in English: Articles on the Treaties Agreed Between the Great Republic of Poland, the Government of Both Senators and the Rank of Knights, and the Positions of the Grand Duchy of Lithuania… And the Noble Ruler Friedrich Augustus of Saxony… Now by God’s Will Elected King of Poland… Described and Completed by Jacob Henry de Fleming… Confirmed and Acknowledged.

Articles on the Treaties Agreed is the text of the 1697 treaty (called the pacta conventa) made between the candidate to the throne of the Polish Lithuanian Commonwealth, Kurfürst of Saxony Frederick Augustus and the Sejm of Poland and Lithuania. The first such treaty was made in 1573 with the future King of Poland and Grand Duke of Lithuania Henry Valois. In the treaty, the candidate would acknowledge the electivity of the king and promise to protect the property and rights of the noblemen; he would promise not to make decisions about wars and foreign relations without the notice of senators, to assemble the Sejm at least once every two years, and not to impose new taxes or call the noblemen to war without the consent of the Sejm.

Reference: "The Collection of Lawyer Jaunius Gumbis: the Past Preserved in Books". Museum and Collector - 7. Vilnius: National Museum of Lithuania, 2018, p. 339.

Published: "The Collection of Lawyer Jaunius Gumbis: the Past Preserved in Books". Museum and Collector - 7. Vilnius: National Museum of Lithuania, 2018, p. 338-339.