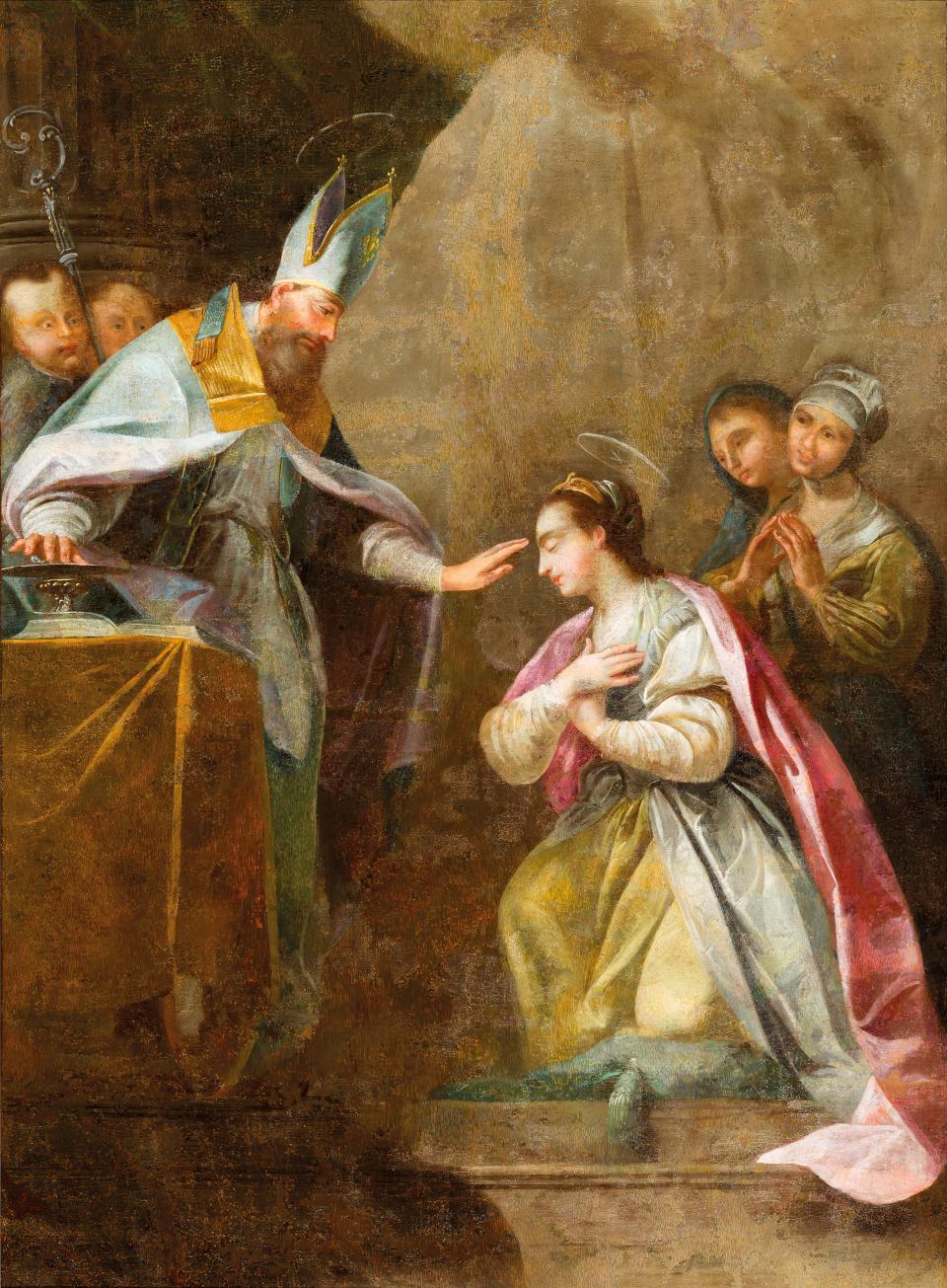 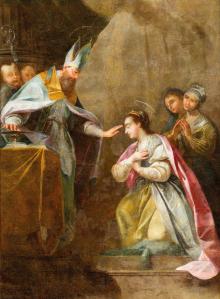 Apparition of St Catherin of Siena (?)

Created: second half of the 18th century.

St Catherine of Siena was the teacher and peacemaker of the church; she made huge efforts to unite the church. She had a decisive influence on the return of the Pope to Rome. She was born in 1347 in the family of the leather dyer in Siena. She had a peaceful nature and was an obedient girl. At the age of six she had an apparition which determined her further fate – she saw Christ wearing the clothes of a Pope and he called her to follow him. At the age of twelve she refused to marry a man chosen by her parents, which caused a rift between her and her parents. Encouraged by St Dominic, she joined the Dominican congregation. She visited hospitals diligently and nursed people ill with plague and leprosy. She had many followers who accompanied her during her journeys. She stated her ideals in the book Dialogues and in 82 letters, which she dictated to her pupils, because she could not write. She served Christ all her life and died in 1380 at the same age as Christ, 33 years.

The main attributes of St Catherine of Siena are a white Dominican habit and a black cloak. Events in her life and miracles after death are depicted. Sometimes she is depicted in a mystical wedding scene.

Eternally silent she talked to the Lord continuously and saw apparitions, which she confessed to the priest at confession.

/.../ After a long service, Christ appeared before her holding a gold crown in one hand and a crown of thorns in the other. He asked St Catherine, ‘Choose the most suitable.’ She reached for the crown of thorns and said, ‘So I can think over your Passion, Lord, while I am still alive, I would like to wear that crown.’ Christ put it on her head and she felt great pain. (Motiejus Valančius, „Žyvatai šventųjų“, Raštai 2, 2003, p. 353–365)