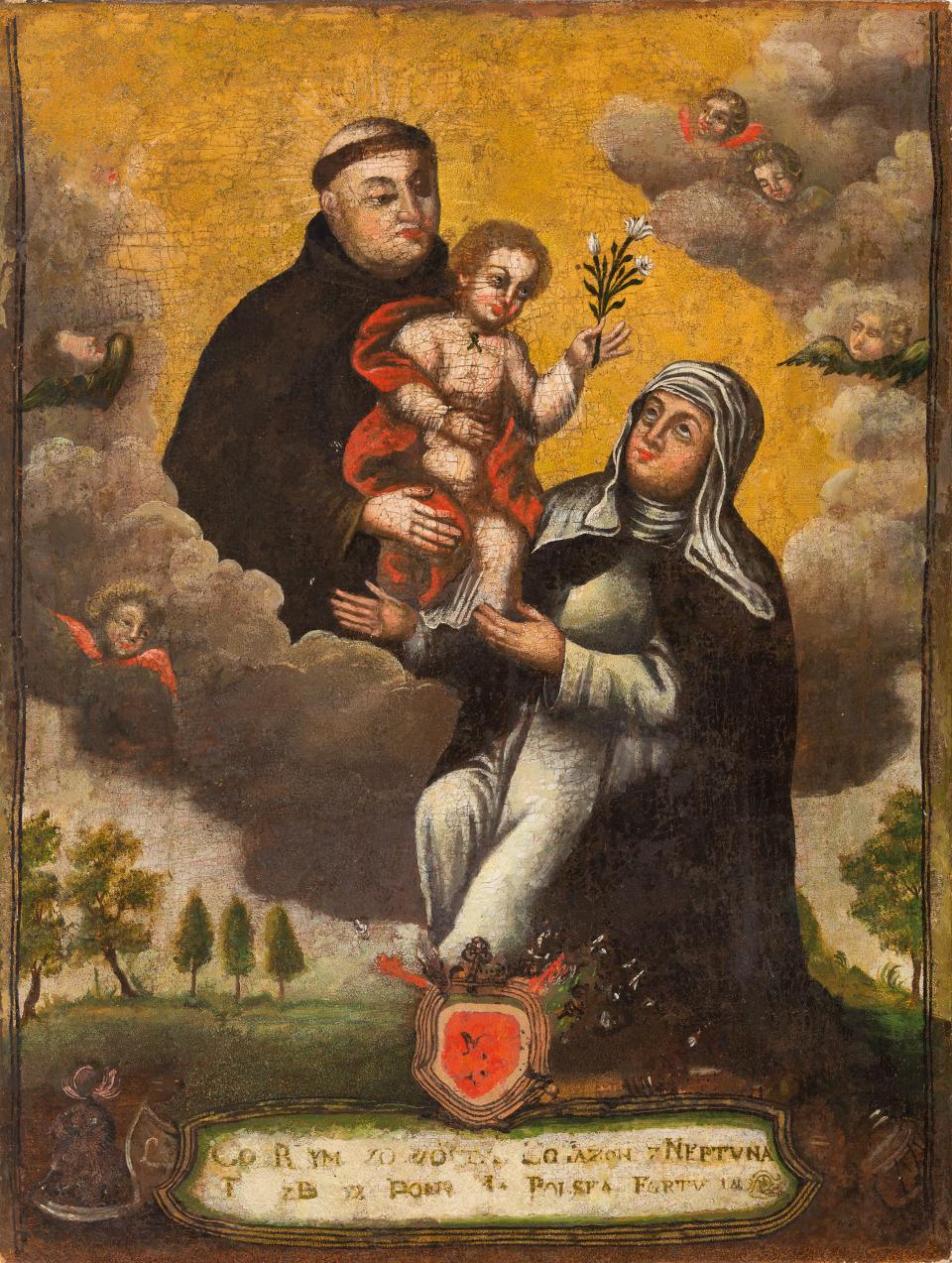 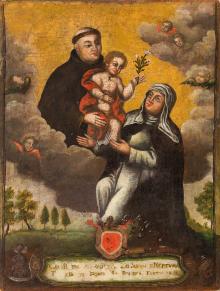 Created, location: early 18th century; Kaunas District, Margininkai Church.
Material / technique: oil on canvas.
Dimensions: 89x67 cm.
St Anthony (1195–1231) is a saint and a famous preacher and missionary. He was born into a rich and noble family in Lisbon. His life was shrouded in legends and miracles. He is usually depicted with the Infant Jesus, who, according to the legend, appeared before the praying Anthony. Another theme refers to the miracle where the saint proved the existence of Jesus in the Holy Sacrament to a non-believer. He showed that the donkey which had not been fed for three days first dropped on his forelegs before the Holy Sacrament that was shown to it.
... Not only poor people, but also noblemen, bishops, cardinals and the Holy Father himself listened to his sermons. Once the Pope listening to St Anthony’s preaching called him the Ark of the Covenant, because it was as if he was taking the words of the Gospel from an ark and sprinkled them over sinners. He called big and small, rich and poor to repentance. His words struck the heads of sinners like lightning.
He converted crowds of unbelievers to the Catholic faith, he converted many angry Catholics to virtuous people, and particularly because he taught people not only with words, but also with deeds.
/.../ Throughout his life St Anthony sought salvation of people’s souls with his burning heart and the Lord performed many miracles through Anthony’s hands. /.../ And because the Lord showed many miracles at St Anthony’s grave, a year after Anthony’s death Gregory IX canonised him. [Motiejus Valančius, „Žyvatai šventųjų“, Raštai 2, 2006, p. 33–39]
Reference: "The Lithuanian art collection of Jaunius Gumbis". Museum and Collector - 6. Vilnius: National Museum of Lithuania, 2016, P. 218.
Exhibition: Exhibition of the collection of Lithuanian art of dr. Jaunius Gumbis "Collected and Preserved", September 2016 - January 2017, National Museum of Lithuania, Vilnius.
Published: "The Lithuanian art collection of Jaunius Gumbis". Museum and Collector - 6. Vilnius: National Museum of Lithuania, 2016, P. 219.