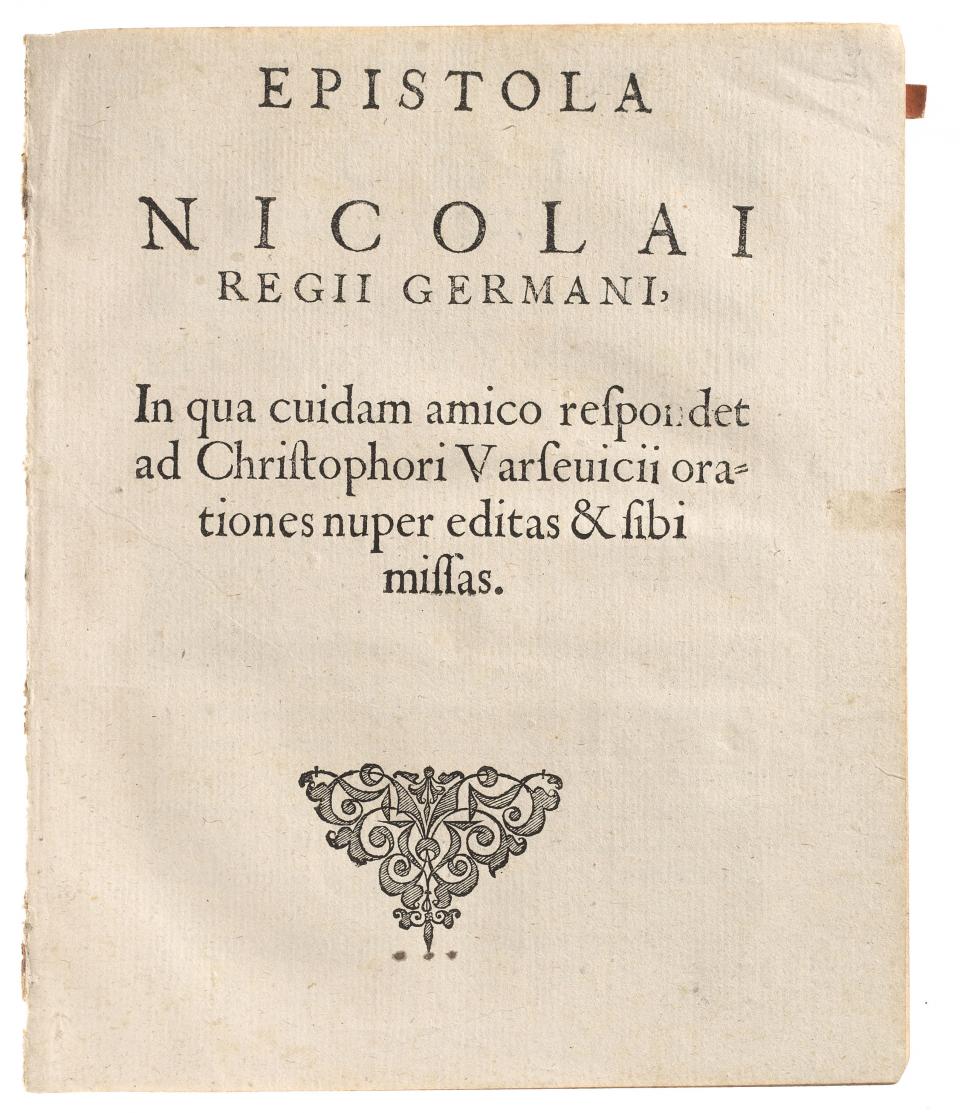 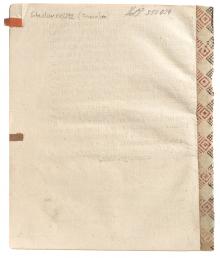 Title in English: Letter from Nicolas, King of Germania, in Which an Answer is Given to a Friend About the Orations of Christopher Warsewicki, Recently Published and Sent to Himself.

Editio princeps of a work by the German philosopher of Religion Christian Francken which is considered by his bibliographer as 'not preserved', and also Lech Szczucki, adept of his life and works, wrote that "the first edition of this booklet has not been preserved".

This text is of eminent importance for the religious beliefs of Francken whose multi-faceted back-ground led him to extreme conclusions in religious matters. It was quickly written in response to the polemic "Pro Christi fide et Petri sede" of the diplomat and political writer Krzysztof Warszewicki (1543-1603), who argued, that the heresies would lead to the doom of the state, the corrotion of peace in general, and the erosion of all human moral. Francken contradicts and also attacks Warszewicki's thesis of the unity within the catholic Church that Francken considers of 'fictitious character' only, as it was based on fear and force. The text was printed under rather "conspirative circumstances" (L. Szczucki) - without the author's name, printing place or printer's name -  most probably by Alexander Rodecki in Cracow at the end of 1583, shortly after Warszewicki's book. Apart of the latter a second catholic author responded to Francken's anonymous publication. Peter Lilia, preacher to the king, issued the following year his 'Responsio ad cuiusdam Nicolai Germani Epistolam" (Vilnae, 1584).

Born into a Lutheran family near Magdeburg, Francken converted for the first time to Catholicism in 1568. In 1579 the author left his position as professor of the Jesuit college in Vienna and went to Basel where he was immatriculated for a few months at the university and where he became acquainted with the humanist freethinkers whose center was the printing office of Peter Perna. Then Francken started his independent search for religious truth which caused various convertions to different faiths, in all he left and converted to catholic faith four times during his lifetime. After some time in Vienna he showed up in Poland in 1583/84 where he was involved in the controversies with the Antitrinitarians. After his quarrel with Fausto Sozzini the German left Poland for Cluj (Klausenburg) where he worked alongside Francis David, Johannes Sommer, and Jacob Palaeologus as lector at the Unitarian Gymnasium in 1585 and again from 1589 to 1591. In 1600 Francken was arrested and imprisoned by the Inquisition at Rome. The last document among the Inquisition's acts mentioning his name stems from 1611.