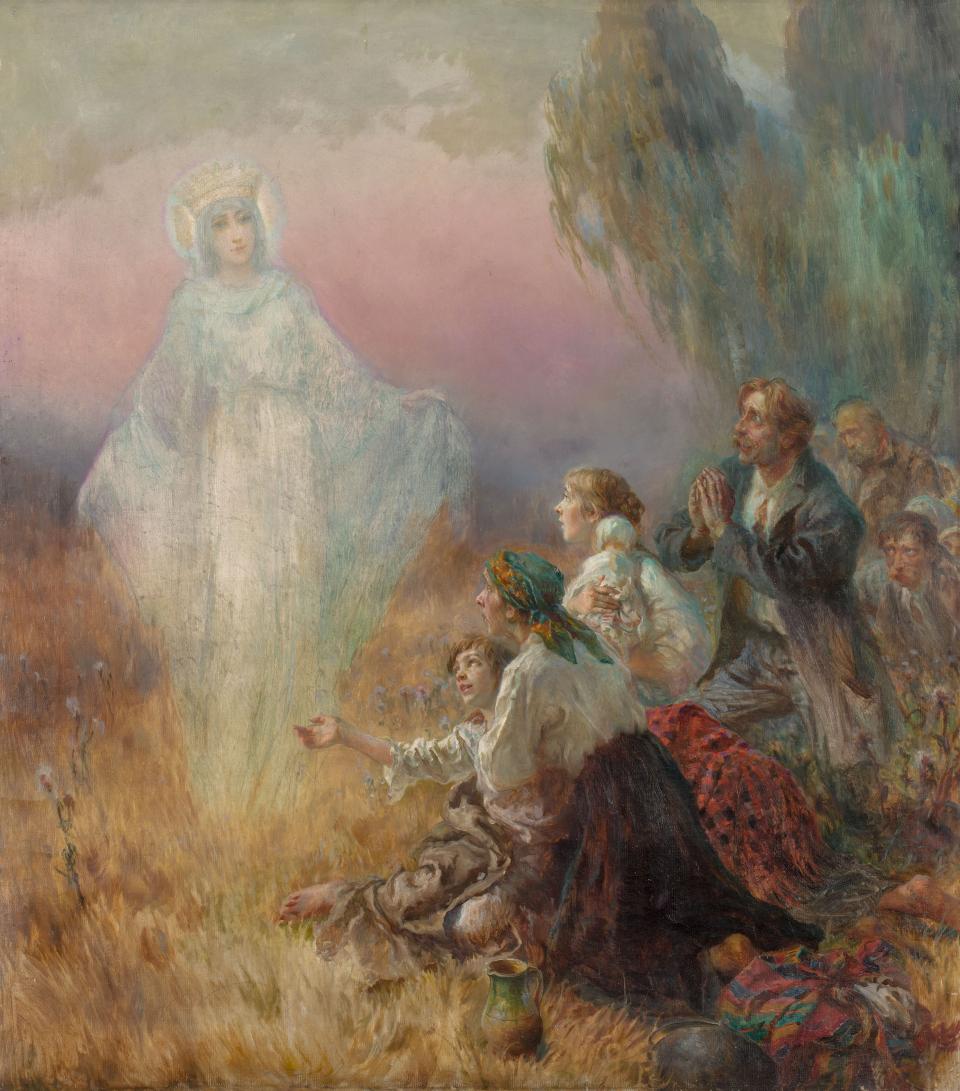 Born on 19 February 1868 in Kazimieravas near Kaunas, died on 15 February 1934 in Warsaw. Circa 1880–1886, he studied art at the Vilnius Drawing School and in Moscow (possibly, the Moscow School of Painting, Sculpture and Architecture). In 1887–1889, he studied at the St. Petersburg Academy of Arts, and improved his skills in Munich, Paris and Italy. In 1895, he moved to Warsaw, and soon became a member of the executive board of the Warsaw Artistic Society (Warszawskie Towarzystwo Artystyczne). Gorski spent the years of World War I in Moscow. In 1919, he returned to Warsaw and became actively involved in the city’s art scene – he was a committee member of the Zachęta Society, its deputy chairman in 1925, and took part in organizing representational exhibitions of Polish art in Poland and abroad. He mainly painted official portraits, and created some genre scenes and pictures of the historical genre, compositions on folklore themes, caricatures and illustrations for fiction books. He cooperated with the magazines Tygodnik Ilustrowany, Wędrowiec, Biesiada Literacka and Tygodnik Polski. Several solo exhibitions of his works were held in Warsaw.