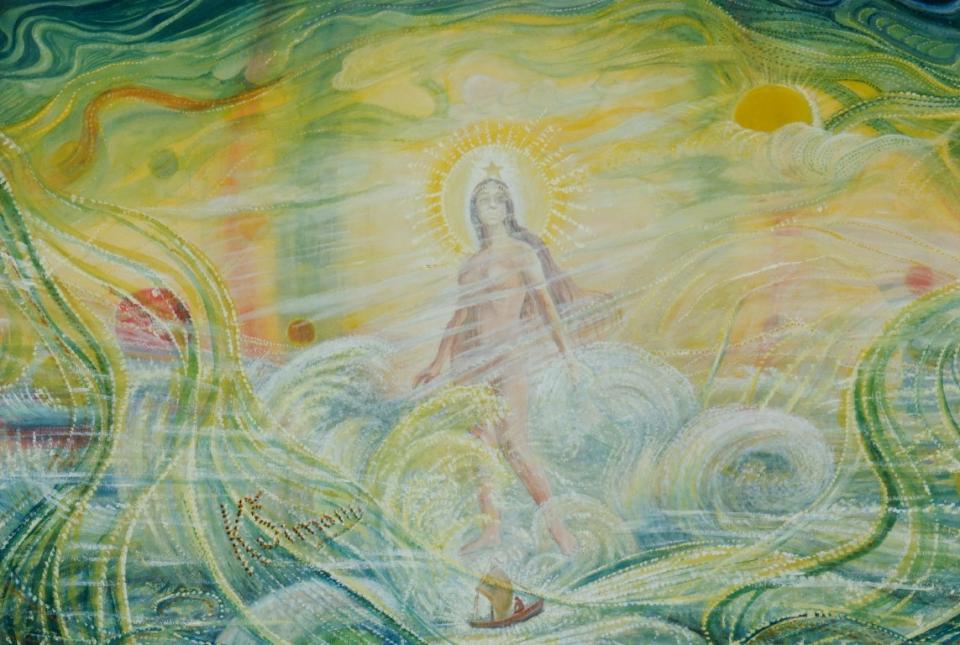 A painter, graphic artist, set designer and collector of folk art, Kazys Šimonis was born on 25 August 1887 in the village of Starkoniai, near Kupiškis. Between 1907 and 1909 he attended classes to become a teacher in Kaunas, where he became acquainted with the painter Tadas Daugirdas. He left for the US A in 1909, and returned in 1911. He served in the I mperial R ussian army from 1912 to 1917, and took private drawing lessons in S t Petersburg. He returned to Kaunas in 1918, and taught drawing at the Aušra Gymnasium, and later on Juozas Damijonaitis’ course for teachers. He did not complete any serious studies in art. He went to Paris in 1926 to improve his skills. Šimonis took an active part in artistic life in Lithuania in the 1920s and 1930s. He organised many personal exhibitions in Lithuania and abroad, participated in the activities of various artistic organisations and expeditions to collect folk art, and immortalised many items of folk art in his drawings, such as roadside poles, roadside shrines, crosses and pieces of architecture. He worked in various institutions in Kaunas until 1959. He died in Kaunas on 5 June 1978.